What is physical activity?

What do we mean when we talk about ‘physical activity’ and ‘exercise’ – aren’t they the same thing?

Physical activity is any movement of the body that uses ener

gy.
This type of movement raises your heart rate and works your muscles.
It includes activities such as walking, kanikani, gardening, running around after tamariki, housework, hunting and kapa haka.  The term ‘physical activity’ refers to these unplanned, everyday movements.

Exercise, however, is usually planned and structured with the aim to improve or maintain fitness such as going for a run, to the gym, participating in group exercise classes, or playing social sports.

People often exercise as a way of being more physically act

Because our bodies were made to move, when we aren’t physically active our bodies can’t function the way they are meant too.  This puts us risk of developing long term health conditions like obesity, diabetes, and heart disease.

What types of activity are there?

There are different of activity such as aerobic, flexibility and strength.  There are also two types of intensity levels; moderate intensity and vigorous intensity.  Mix it up!  Different activities keep you fit in different ways – and stop you getting bored.

•    Aerobic
If your heart beats faster and you breathe harder, it’s an aerobic activity.

Moderate or vigorous intensity activities help keep your heart and lungs healthy and give you more energy.

•    Moderate intensity means you can still hold a conversation while doing the activity.  Examples of this include brisk walking, aerobics, aqua aerobics, swimming, cycling, gardening, kapa haka, and household chores.

•    Vigorous intensity means you can’t say more than a few words without pausing for breath.  Examples of this include walking/tramping uphill, running/jogging at speed, and some competitive sports like touch, football, netball, squash, and waka ama.

What were traditional Māori physical activities?

Physical activity has always had an important role in Māori society.  Historically, Māori lived very active lives and, as a result, had impressive physiques.  The traditional way of life meant that the level of everyday activity was naturally higher than it is now.  Physical activity was embedded strongly within games, leisure, the arts, creation stories, oratory, legends and warfare.  In the late 1700’s and early 1800’s, records from early Europeans described Māori as a fit and vibrant people, whose bodies and limbs had great muscular strength.  This description still rings true for some Māori, however the amount of activity we do, the types of activity we do, and for some of us, our physiques, are now very different from those of our tupuna.

In days of old, sports and games were played at most social gatherings on the marae including kaipara (athletics and martial arts).  On winter evenings or in bad weather, our people played games like tī ringaringa (hand games), whai (string patterns) and karetao (puppets).  Tamariki played with toys made from natural materials.  Nowadays social gatherings at the marae are mainly for tangihanga, celebrations, and meetings such as marae committee hui, where in most cases, tamariki are being active playing games and sports on the marae. 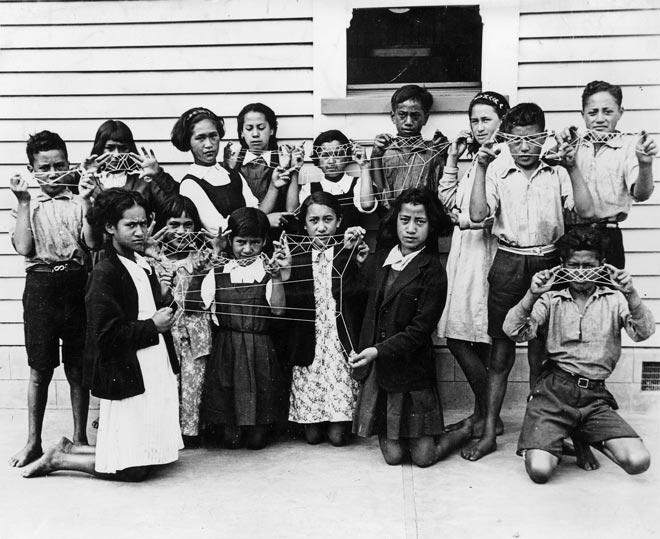 Kī-o-Rahi is a traditional pre-European Māori ball game.  It is a fast running contact sport, played on a circular arena/field, involving imaginative handling and swift inter-passing of a “kī” (ball).  Before the arrival of Europeans, Kī-o-Rahi was played by Māori throughout Aotearoa.  Often different tribes would play a different adaptation of the game.  A tribe which had especially strong and fit ball players among its members could sometimes be solicited for help by another tribe preparing for war.  A messenger would present a “kī” or “poi” to the chief, which would represent an invitation to join the tribe in battle.

Toi Rēhia is the art of leisure where we encourage ourselves to be swept away by the spirit of joy in play.  Toi Rēhia is not a new concept.  Our tūpuna found ways to make life fun every day.  Traditional Māori society sought a balance between work and leisure.  Leisure time was spent telling stories, performing waiata, haka and poi, playing musical instruments, dancing and playing sports, games and competitions.  Leisure activities had serious purposes like transmitting knowledge as well as entertainment value. Nowadays the art of leisure can be expressed through games, sports, jamming and dancing to music, spending time with others, and connecting to the environment.  Toi Rēhia is about being present in the moment and having fun, however you may decide to do that.